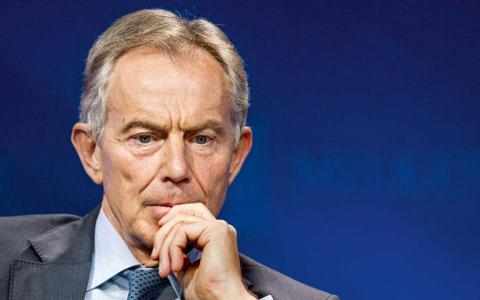 After the meeting, Blair told reporters that he had an excellent meeting with the President.

"We discussed issues concerning Cyprus and the region and also the strong ties between our two countries and the importance of keeping those ties in a very good condition. The Cypriot community is hugely respected in the UK".

When asked whether the two discussed the Cyprus problem Blair replied: "The President explained his position, the big opportunities for Cyprus at the moment, but also the challenges because of the difficult relationships in the region. We had the opportunity to discuss about the Middle East and Europe."

It is the former PM's first time to Cyprus but he has a Cypriot connection.