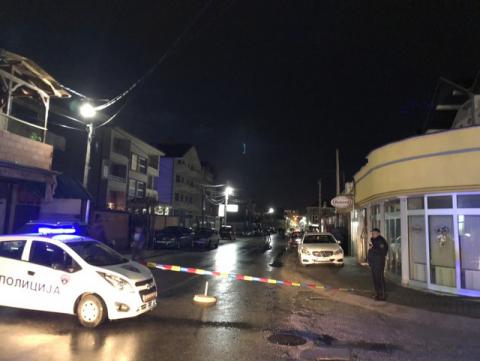 Police in Tetovo, western Macedonia, on Friday confirmed that Naim Rexhepi, born 1971, died in a shootout that started around 6.20pm on Thursday in Mala Recica, the location of the governing DUI party's headquarters.

The Interior Ministry told Macedonia's state news agency MIA that it had apprehended four persons and was still investigating the details and the motives behind the event.

In a press release, the Democratic Party for Integration denied reports that the shootout took place inside the party's HQ, adding that party leader Ali Ahmeti was in no way jeopardized by the incident.

Unofficially, an unnamed DUI member told Plus Info news portal that the shootout occurred between two conflicted groups from the DUI's branch in the town of Kumanovo who found each other "at the wrong place, at the wrong time" in Mala Recica.

The source said the two groups had previously had political and personal brawls with each other.

This is not the first time that a member of DUI's Kumanovo branch has been killed in what seems like an internal fight for power.

In July 2015, Xhemail Rexhepi, aka Commander Sciponja, a candidate for the post of head of the party's branch in Kumanovo lost his life in a similar fashion when two conflicting groups from the town drew guns on each other.

The DUI was formed in 2002, soon after the 2001 armed conflict between Albanian insurgents and the security forces ended, mainly by leaders of the former insurgents.