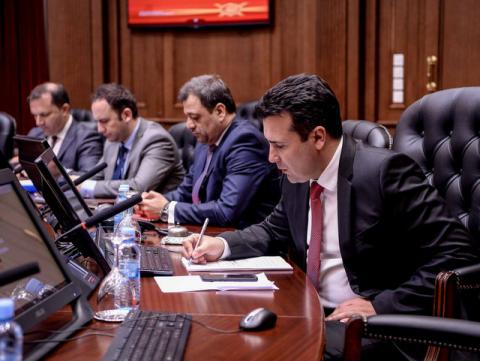 A feud between two opposing camps inside the small ethnic Albanian BESA party has created another headache for the Macedonian Prime Minister Zoran Zaev, who would like to see all the party's five MPs in his government, boosting its wafer-thin majority.

The first BESA faction, led by MP Bilal Kasami, has sounded more conciliatory, urging the Prime Minister to try to get both factions on board.

Kasami's faction controls two of the five BESA MPs, and said the talks about joining the government are half-way done.

"We will have a meeting [with Zaev] at the start of next week to talk concretely about the responsibility that BESA will have to take in the government," Kasami said.

But Kasami's rival, Afrim Gashi, who controls three seats, and claims that his side represents the true BESA party, issued the Prime Minister with an indirect warning.

"I think the Prime Minister does not want to import the problems [within BESA] inside the government. He doesn't need that," Gashi told the media on Wednesday. "I think he will have to choose one of the two sides. But, still, the decision is his own."

Zaev's government rests on a wafer-thin majority in parliament with the support of just 61 of the 120 MPs in the assembly, though several other MPs who are not officially part of the ruling alliance recently said they would support his administration.

If Zaev can convince all five BESA MPs to join him, it would give him a far more comfortable majority of 66 votes.

An unnamed source inside Zaev's main ruling Social Democratic Party, SDSM, told BIRN that they are still hoping that both wings will join the cabinet.

"Efforts are still being made to bring them all in," the source told BIRN, adding that if...