Greek pensioners at lower risk of poverty, but high ageing rate a concern 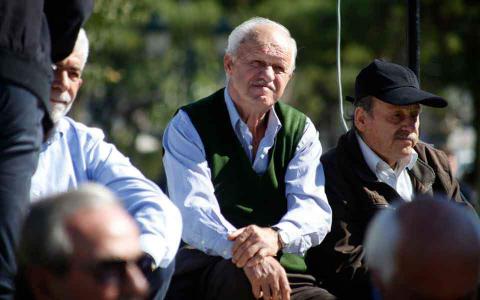 Some 17.3 million or 18.2 percent of older people (aged 65 and above) in the EU remain at risk of poverty or social exclusion, the European Union said in the 2018 Pensions Adequacy Report published on Monday.

The data has not changed since 2013, and this includes significant differences such as women's pensions, which remain 37 percent lower than men's.

Overall, the triennial report, which includes assessments for each member state, underlines that EU member-states must pay more and more attention to sustainable, adequate pensions in their reforms.

For Greece, the report mentions that "the 2016 pension reform is considered to be the most crucial reform of the pension system since its establishment," since it "entails important redistributive elements, which are expected to have a positive impact on future pension adequacy."

In spite of the successive cuts...

PM to Politico: Greece wants to be included in Libya talks