The Season of Major Repairs in Sofia Starts in May 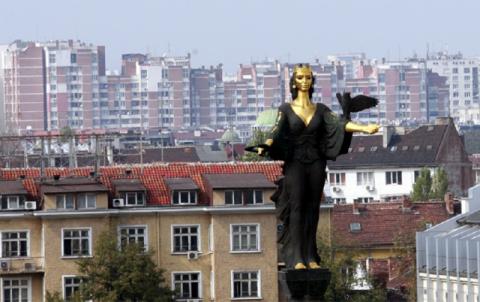 Major repairs of key locations in the center of Sofia and completion of projects which started last year. These are the main highlights of Sofia municipality's building program this year, reports Mediapool.

The work on the biggest project - the repair of "Graf Ignatiev "and its adjacent "Shishman "," Solunska"and "Six September", begins in May, and preparations for it are already running. Excavating this central street will make it more difficult for pedestrians, traders and passengers in public transport. Trams in the area will be stopped or will be moving on a new route.

It is possible that work on the other big scale project to transform the city center will start too - the repair of the areas around the National Assembly and the temple "Alexander Nevsky. "However, actual activity is expected in 2019.

The municipality estimates that over 160 million levs will be invested in infrastructure projects. Much of them are provided of the "Growing Regions" European program.

The work on the transformation of "Graf Ignatiev" Str. From "Alabin" Street to "Hristo and Evlogi Georgievi" Blvd starts on May 8th.
The project envisages replacing the sewerage, pavements and tram lines along the street, repairing the Slaveykov squares, "Garibaldi" and the garden in front of the church "St. Sedmochislenitsi".

For a few days, some of Slaveikov's book stalls will be closed and facilities are being dismantled. Contracts of traders
are by the end of April. The repair plan provides for work on the section from Alabin to Garibaldi Square. The second
stage will be from there to Vasil Levski Blvd and the third one from Vasil Levski Blvd. to Hristo and Evlogi Georgiev Blvd.

At the beginning of each one,...