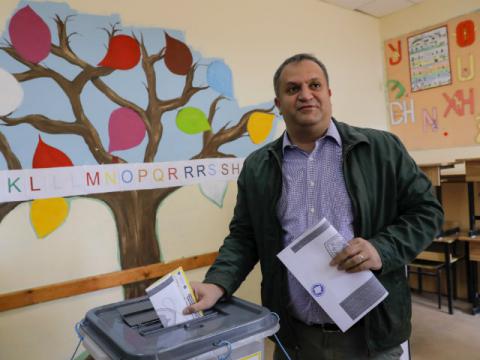 The Mayor of Pristina, Shpend Ahmeti, on Wednesday became the new leader of the Social Democratic Party, PSD, which he and a number of other MPs joined after leaving the main opposition Vetevendosje party.

Ahmeti won a second mandate to run the capital as the candidate of Vetevendosje. But following a number of disagreements, he and some 12 MPs resigned from the party and joined the PSD instead.

Ahmeti was elected at a meeting where no media were present; the news was announced on social media.

The PSD is not a new party. Established in the early 1990s, it has had little success in subsequent elections.

In 2009, former prime minister Agim Ceku took the leadership of the party, but he left it soon after to join Hashim Thaci's much bigger Democratic Party of Kosovo, PDK.

Before Ahmeti took over as leader, the party was led by Bajram Kelmendi.