The Rescuers have Found Belongings of Boyan Petrov 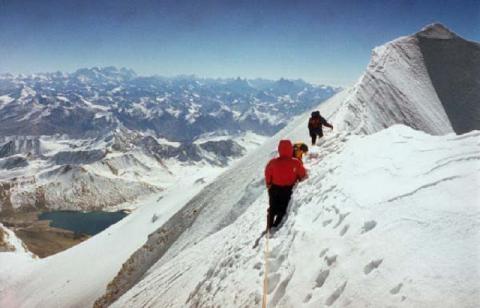 The Sherpas and the Chinese who are looking for Boyan Petrov have not found the Bulgarian, but have found tools and materials probably used by him. The equipment and everything found will be analyzed by the rescuers, according to the latest information from the operation.

Boyan Petrov disappeared on May 3 in an attempt to conquer Shishapangma.

The rescue team returns to the Base Camp. The helicopters could not fly because of the bad weather. Depending on the rescuers' analysis, it will be decided whether the rescue operation will continue.

Rescuers have expressed their disappointment, saying they were trying to get to the Base Camp, but the weather was bad. They were ready to leave at 6 in the morning, Deyan Petkov told Boyan Petkov, at the Bulgarian National Radio.

The team of Sherpa and Chinese rescue climbers practically reached 10 meters from the top of Shishapangma, but failed to continue up. Today they go down.

Yesterday, the insulin of Boyan Petrov was found around Camp 3. It is believed that his tent was blown there by the wind. His team says he left things to avoid carrying the weight.

"The commander of the Chinese side was a pro, when reached 10 meters from the top, he almost sent the group one more time to get to the top, because in his head every centimeter from the top had to be checked, but the truth is that everything above Camp 2 after so many days is just looking for a body ... The good news is that the Chinese group is going down successfully, and now the weather is getting worse, "said Kiril Petkov, who is in Kathmandu and helps the rescuers.

"We are currently targeting a search between camp 2 and camp 3," said Deyan Petkov, who organized the expedition.

"The final step of the mission is to return...