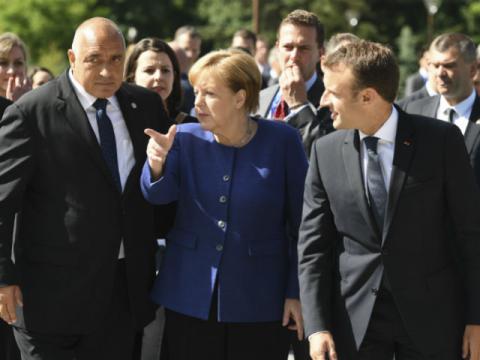 A report by the European Commission published on Wednesday said Bulgaria was not ready to adopt the common European currency.

Following assessments on the country's legal compatibility and its fulfilment of the convergence criteria, "the Commission considers that Bulgaria does not fulfil the conditions for the adoption of the euro," it said.

The report will form the basis for the Council of the EU decision on whether to let the EU member state join the eurozone.

In a separate report, also issued on Wednesday, the European Central Bank, ECB, came to a similar conclusion.

"The law on the Bulgarian National Bank, BNB, the law on counter-corruption and the law on credit institutions do not comply with all the requirements for central bank independence, the monetary financing prohibition, and legal integration into the Eurosystem," the ECB report concluded.

The Commission says Bulgaria, like all other prospective eurozone states, fulfils the conditions on public finances, the price stability criterion and the criterion concerning long-term interest rates.

But the two institutions do not recommend inviting Bulgaria into the Exchange Rate Mechanism, ERM-II, or the so-called "waiting area" for the eurozone.

The Commission notes that at least two years of participation in the mechanism "without severe tensions" is required before joining the euro area.

European leaders and commissioners have sent mixed signals about Bulgaria's bid to move forward with the euro adoption process recently.

After the 17 May EU-Western Balkans Summit in Sofia, French President Emmanuel Macron said: "France wants to see Sofia join ERM-II, but we also want to see it join the Banking Union, which would allow the excellent oversight of the...