The Dollar Turned the Trend and It Is Becoming Cheaper 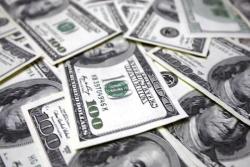 The dollar is about to send the fourth session in a row, taking into account lower values and although monthly dollar index stood at plus, analysts say the mood is minor,  Market Watch wrote in his analysis.

The dollar index, which measures the strength of US dollars against a basket of six major currencies, declined by 0.16% to 92,367 points. For comparison, at the end of the Friday session in New York, the benchmark was 92,509 points.

On Friday, the index reported its third negative session in a row, as well as its first weekly decline after three consecutive weeks ending with a rise. For comparison, since the beginning of May, the dollar has appreciated 0.6% against a basket of currencies, cutting its decline over the past 12 months to about 7%.