Trump to Meet Kim at 9am Singapore Time on 12 June, White House Says 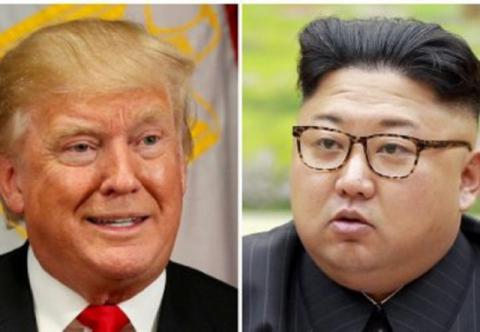 "We are actively preparing for the 12 June summit between the president and the North Korean leader," Sanders said on Monday. "We feel like things are continuing to move forward, and good progress has been made."

Sanders said that the White House "advance team" - which features military, security, technical and medical staff - were already on the ground in Singapore.

They are "finalizing preparations and will remain in place until the summit begins," said Sanders.

The announcement of the timing for the first meeting between the two leaders came just three days after Trump hosted a senior North Korean delegation at the White House bearing a letter from Kim. Trump, who had previously canceled the summit, abruptly announced the meeting was back on.

Asked about the contents of Kim's letter, White House spokeswoman Sarah Sanders declined to "get into the specifics of the letter" but added "we feel like things are continuing to move forward and good progress has been made."

She added that Trump is getting daily briefings on North Korea in the runup to the landmark meeting.

"I can tell you the president has been receiving daily briefings on North Korea from his national security team," said Sanders.

Experts have voiced concern that despite Trump's claim to be the world's greatest dealmaker, he knows little about North Korea, arms control or international diplomacy.

The on-again-off-again summit is expected to focus on US efforts to get North Korea to abandon its...

By the End of 2024, Bulgaria will be able to Import Russian Crude Oil

More than 24 hours, Bulgarian Police hid the Case of the Beaten and Naked Ukrainian Woman in Sofia

"Kalashnikov" with Record Production in the last 20 Years

New Revelations: Debauchery and Drugs at Boris Johnson's Parties during the Lockdown

Parliament decided: Thermal Power Plants will Operate without Restrictions until 2038. Bulgaria may Lose a lot of Money

Russia blamed Armenia for the Failure of Nagorno-Karabakh Talks