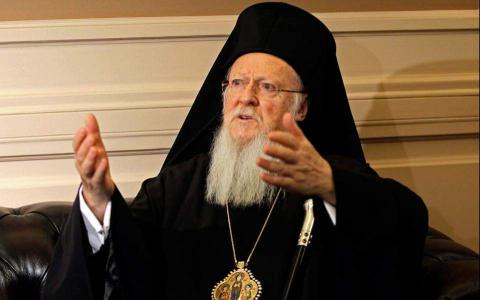 Ecumenical Patriarch Vartholomaios, the spiritual leader of the world's Orthodox Christians, inaugurated an international environmental conference on the island of Spetses, southwest of Athens, on Wednesday.

Vartholomaios, also known as the "Green Patriarch" aims to persuade other religious leaders to join the global battle against climate change.

The conference, attended by leading environmentalists from around the world, is being held a year after President Donald Trump announced the withdrawal of the US from the Paris climate agreement.

"Our aim is to affirm a collaborative response to the ecological crisis, while advocating for a sustainable planet as a sacred legacy for all people and especially our children," Vatholomaios said.

On Tuesday, he marked World Environment Day by opening the 9th International Ecological Symposium - "Toward a...