Confusion Over US State Dept Meetings with Kosovo Serbs 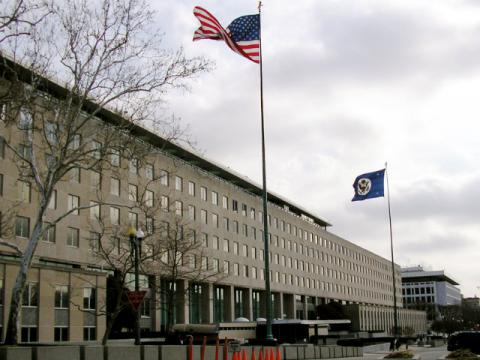 After Serbian state-owned news agency Tanjug reported that a delegation from the main Kosovo Serb political party Srpska Lista (Serbian List) was in Washington to meet officials from the State Department, Congress and the Pentagon, the State Department said that it did not have any such meeting to announce.

"We have no meetings to announce at this time," a State Department official told BIRN after being asked about possible topics that might be discussed with the Kosovo Serbs.

Tanjug reported on Monday that a delegation from Srpska Lista, led by its president, the mayor of North Mitrovica, Goran Rakic, had begun a visit to Washington DC, where they would meet officials from the State Department, Congress and the Pentagon.

The Tanjug report, citing a Srpska Lista press release, said that the representatives of Kosovo Serbs will inform US officials about "the position of Serbs in Kosovo and Metohija, current problems and solutions for solving them".

BIRN contacted Srpska Lista for a comment, but initially received no answer by the time of publication.

Srpska Lista then contacted BIRN on Tuesday after the article was published to insist that its officials will meet the State Department's Director for South Central European Affairs, Matthew Palmer, on Thursday.

Tanjug reported that the Srpska Lista delegation includes Kosovo's Minister for Communities and Returns, Dalibor Jevtic, and the mayor of the northern Kosovo town of Strpce, Bratislav Nikolic.

It also said that the Srpska Lista representatives will meet Palmer.

"Representatives of Srpska Lista will ask American officials to make greater efforts to improve the security situation in Kosovo and Metohija," the Tanjug report said.