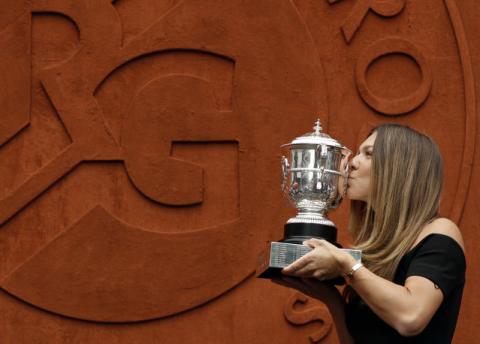 A cartoon published on Thursday by the famous French satirical magazine Charlie Hebdo has angered Romanian fans of the winner of the Roland Garros Tennis tournament, Simona Halep.

The magazine published a drawing of Halep holding the trophy and a caption reading: "A Romanian wins Roland Garros: Scrap iron! Scrap iron!"

The caption refers to Romanian Roma who often peddle scrap iron - the evident suggestion being that Halep would melt down the trophy for scrap.

Romanian readers of Charlie Hebdo also took to the magazine's Facebook page to show their annoyance and demand an official apology to Halep - some of them reminding France of the solidarity Romania has shown in the past.

"Greetings and shame on you for [mocking] our champion Simona Halep. When you experienced bombings, Romanians showed solidarity with you and your people. This has proved your character!" a reader said on Facebook.

Charlie Hebdo was the target of a shocking Islamist terrorist attack in January 2015, after publishing a series of cartoons depicting the Prophet Muhammed, which left 12 dead.