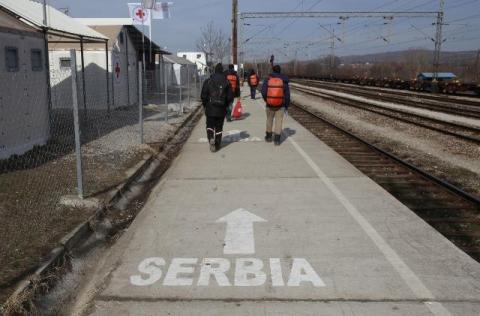 The Austrian government is "in talks with Western Balkan states" to establish "a center for expelled illegal migrants," Vienna daily Presse is reporting.

The paper claims that Austria is "already negotiating with Belgrade, Tirana, Skopje, and Pristina" about "establishing camps for expelled persons who receive a negative reply in Austria to their asylum applications, having arrived via the Balkan route."

These persons, Presse writes, should be temporarily "parked" in some country that is "less attractive to migrants" - and adds that "the Western Balkan countries are asking for money in return, while Vienna is currently considering legal possibilities."

Frontex should also assist in these expulsions - but the mandate of this EU agency must first be changed. Going forward. Vienna wants Frontex to immediately send back to North Africa those migrants rescued at sea.

Unlike Italy, Austrian Chancellor Sebastian Kurz does not want reception centers where migrants could apply for asylum to be set up in North Africa, "because he fears this would attract too many people," the Vienna daily said.

For the moment, the size of the planned camps for expulsion in the Balkans is unknown, the report added.

This project, according to Presse, is supported by Denmark and the Netherlands.

Kurz said earlier in the week that negotiations were under way to create migrant camps in an non-EU European country.