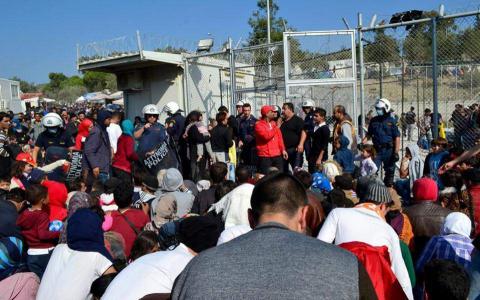 The leader of the Moria community on the eastern Aegean island of Lesvos ended on Wednesday a hunger strike which he had started on Sunday in protest at overcrowding at the Moria reception center.

Nikos Trakellis called off his protest following talks with Deputy Migration Minister Yiannis Balafas, though it did not appear that the latter offered additional pledges other than those made by the ministry's general secretary on Tuesday.

In comments to Kathimerini, Trakellis indicated that his hunger strike had been a symbolic action, aimed at drawing attention to conditions on the island where more than 8,000 migrants live in cramped conditions at the Moria center.

"I protested on my own in order to maintain the balance and dignity of my community," he said. "Everyone is entitled to take to the streets but you never know when things will get out of hand," he added.<...