The Borisov Cabinet Survived the Vote of No Confidence 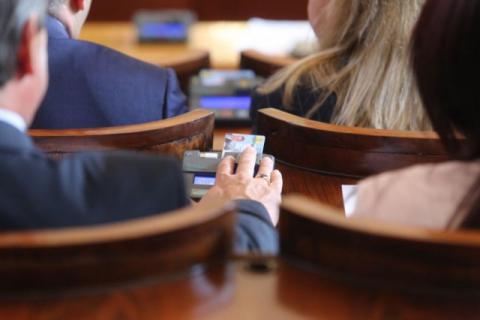 The vote of no confidence for the Borisov Cabinet over a failure in the security sector did not succeed to overthrow the government.

The vote for the resignation of the government was initiated by the BSP and met with support from the MRF.

On Tuesday, debates were held, which were record-breaking, and lasted only an hour and a half.

The opposition demanded the removal of the Borisov 3 Cabinet with the argument that its policy in the security sector had failed because the government was unable to fulfill its constitutional obligation to ensure the internal security and public order of the country. According to the Left, there are unfulfilled pre-election promises, unclear civil and political warnings, and a lack of political vision for the management of the Interior Ministry.

Among the arguments of the BSP was the lack of trust in the authorities of the Ministry of Interior, which made them less and less aware of crimes committed. The party referred to the ministry's February report that 75% of the most massive crimes - thefts - remain unresolved. According to the Prosecutor's Office, the reported robberies are only 40% and phone fraudsters are also unpunished.

As an "apotheosis of state powerlessness" in the sector according to the BSP is the two prisoners who escaped from the Central Sofia Prison - Vladimir Pelov and Radoslav Kolev. The two criminals...