The NRA Sealed a Trade Show in the Center of Burgas 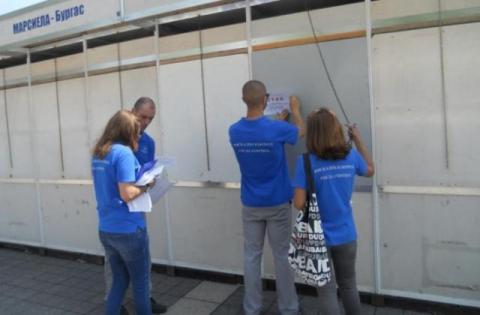 Tax inspectors sealed six of the eight temporary shops, which are part of the trade show for Bulgarian goods at Troikata Square for not issuing cash receipts.

Prior to the imposition of the measure, the officers of the Revenue Authority had previously executed a series of control purchases based on the "secret client" principle.

The actions are part of the beginning of the active summer control campaign of the NRA on the Bulgarian Black Sea coast to comply with the tax and social security legislation.

In addition to hotels, restaurants, bars, shops, car parks and other retail outlets, the markets and firms that supply the hotels with food and drink will be monitored.