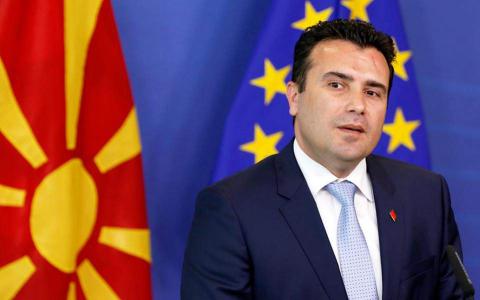 The prime minister of the Former Yugoslav Republic of Macedonia has announced the question his country's citizens will face in a referendum this fall on a recent deal with Greece changing the country's name to "North Macedonia."

Zoran Zaev said late Wednesday after a meeting with political party leaders that the question will be: "Are you in favor of membership in the European Union and NATO by accepting the deal between the Republic of Macedonia and Republic of Greece?"

Zaev said the referendum will be "consultative," a possibility allowed for under the country's law for referenda, but added that "the people's say will be final for all political parties."

The leader of the main conservative opposition VMRO-DPMNE party, Hristijan Mickoski, walked out of the meeting, demanding another round of talks. More discussions are planned for later Thursday.
[AP...