Zaev: No agreement with main opposition party on referendum 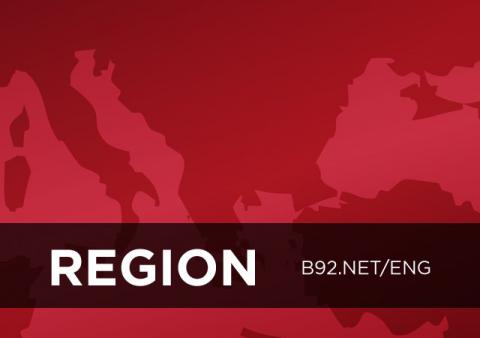 Macedonian Prime Minister Zoran Zaev says no agreement had been reached with the biggest opposition party VMRO DPMNE on a name deal referendum.

Implementing the agreement with Greece is a condition for its accession to the EU and NATO.

After a nine-hour meeting of four party leaders, Zaev said that a State Election Commission would be formed and that a referendum would be held despite the fact that VMRO DPMNE leader Hristijan Mickoski would not support it and would not call on its party members to vote. Zaev accused Mickoski of using the meeting only to negotiate an amnesty for the former VMRO DPMNE leadership, headed by Nikola Gruevski.

Mickoski told reporters that no agreement had been reached on the nature of the referendum and the referendum question, stressing that his party "advocated the interests of Macedonia's citizens."

Ali Ahmeti, leader of the ruling coalition member the Democratic Union for Integration (DUI), said that in the afternoon part of the meeting, the participants had expressed different opinions on the referendum question and its formulation.

Bilail Kasami, leader of the smallest ruling coalition party Besa Movement, said he hoped that all political parties in Macedonia would work to ensure a successful referendum and that all the citizens would have their say on this important issue.

Head of WHO in Serbia: I am afraid that Serbia is close to lockdown

Today's session of the Crisis Staff of Belgrade, Radojicic on its agenda VIDEO

Tiodorovic: If you were planning a trip, forget about it

Media: Decision on schools and kindergartens to be reached soon?

The black record in Serbia continues, a record number of people on respirators

Vučić about Patriarch Irinej: He surrendered his soul with a single desire VIDEO