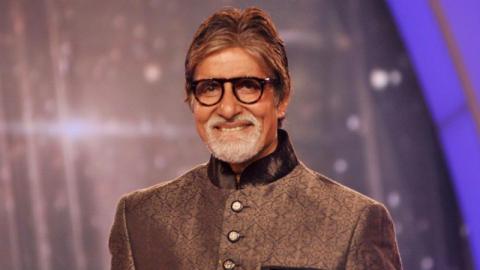 New Delhi [India] July 25: Megastar Amitabh Bachchan, who is currently in Bulgaria to shoot for his upcoming project 'Brahmastra', returned 'empty handed' last night as his shoot got stalled due to heavy downpour.

Big B tweeted how the people of Sofia have never seen rain at this time of the year, saying it's probably the effect of the 'monsoon people' referring to the film's Mumbaikar crew, who are anyhow reeling under the effects of heavy rains back home.

His caption read, "Dressed for the occasion .. off for night shoot .. back just now at 5:01 am .. empty handed .. rained out .. no shoot 'Brahmastra ' .. locals in Sofia say they have never seen this rain at this time of the year .. ?? happens when you work with "Monsoon People"

Every year, Mumbai witnesses heavy rains which disrupt the daily life of the people here.

Heavy rains continue to cripple 'the city of dreams', with severe water logging, which in turn has affected the local transport services across the city.

The flick, produced by Karan Johar will hit the big screens on August 15, 2019.