Woman dies in hospital, raising number of wildfire fatalities to 88 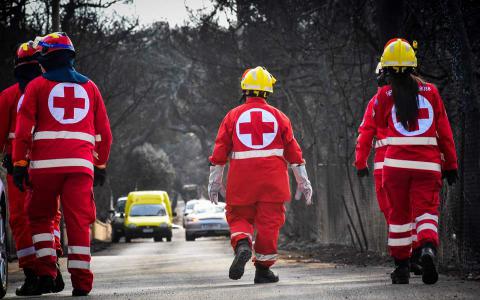 A 42-year-old woman who was in intensive care after suffering extensive burns in the deadly wildfire that ripped through the coastal town of Mati in east Attica this week died early Saturday morning, raising the number of fatalities to 88.

On Friday night, authorities also identified the bodies of the nine-year-old twin girls and their grandparents that went missing after the wildfires.

Their bodies were among a group of victims recovered by emergency crews on Tuesday lying close together near the top of a cliff overlooking a beach.

The news was reported on broadcaster SKAI by the private investigator the family had hired to find the children. It was confirmed by a reported friend of the family on his Facebook page.

The twins' father had provided forensic authorities with a DNA sample and appeared on several TV stations seeking help in finding them....

Threat to US democracy imperils democracy the world over

Data suggests pandemic won’t subside any further at this stage

Robbers flee with cash after blowing up Maroussi ATMs