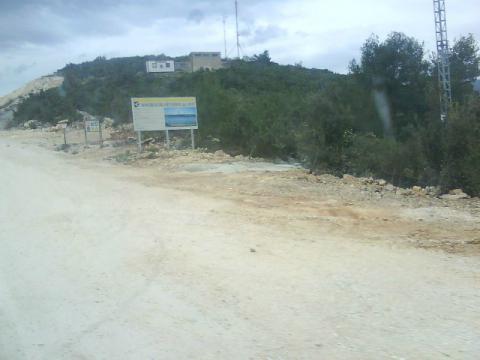 The site where the bridge will be built, near the village od Komarna. Photo: Wikimedia Commons/Anto

Bosniak politicians in Bosnia have savaged Croatia for starting work on a controversial bridge in Dalmatia, calling the beginning of its construction on Monday an assault on Bosnia's sovereignty and territorial integrity and an act contrary to international law.

The Peljesac Bridge, which will be 2,404 meters long and 55 meters high, is designed to connect the Croatian mainland with its southernmost region, the Dubrovnik-Neretva County, while avoiding crossing Bosnia's access to the Adriatic Sea around the town of Neum.

The ceremonial start of work on Monday was held in Ston, a town on the Peljesac peninsula, attended by the representatives of the two partners, Croatian Roads [Hrvatske ceste] and China Road and Bridge Corporation, CRBC.

Construction of the bridge has caused anger in Bosnia and Herzegovina, mostly among Bosniak leaders who claim it will stop large ships from entering the port of Neum, Bosnia's only sea port, and blocking Bosnia's access to the open sea.

Bosnia also says it has never agreed on a maritime border with Croatia.

By beginning work on the bridge, Croatia "systematically continues to relativise and jeopardise the subjectivity, interests and rights of the state of Bosnia and Herzegovina", the leader of the Bosnian Social Democratic Pary, Nermin Niksic, declared on Monday.

Niksic accused Croatia of deliberately "undermining the international subjectivity of Bosnia and Herzegovina" and said Bosnian leaders should have "done much more than just periodic correspondence and media advertising on this topic".

Zeljko Komsic, leader of the Democratic Front and a former member of the Presidency of Bosnia, took the same line, telling the media on Sunday: "Croatia is directly violating Bosnian...