Five Bulgarians were Injured in a Car Crash in Germany 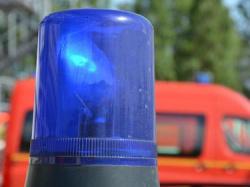 Two cars had a direct crash in the city of Stade, which is located 45 km from Hamburg. 7 people were injured in the incident, writes Bild.

Five Bulgarians traveled in one car, including an 11-month-old baby. All passengers in the car are injured.

The car with the Bulgarians had a Dutch registration, and a signal of the incident was received around 17:40 yesterday.

The 20-year-old driver could not control the car on the wet road and hit the car in front of him.

Six ambulances and two rescue helicopters have arrived at the scene of the incident. 4 of the wounded were driven by ambulances at Stade hospitals and three of them were helicopters to a clinic in Hamburg