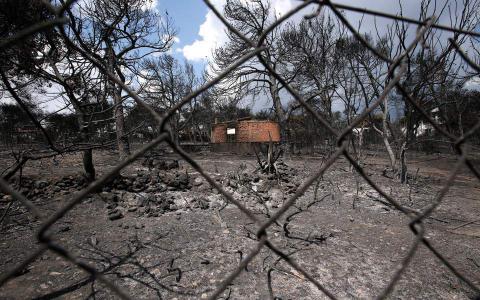 Mourners gathered in a church in the Greek coastal town of Mati on Sunday where they wept and lit candles in memory of those killed when a massive wildfire swept through the popular resort near Athens earlier this week.

Prime Minister Alexis Tsipras is facing fierce recriminations for the government's response to the fire and has promised a national plan to avoid a repeat of the disaster.

Rescue crews are still looking for survivors of the blaze which began last Monday in Mati, 30 km (17 miles) east of Athens, as the death toll rose to at least 91 with dozens more injured.

"Some people survived but for those who died I wish they are well in heaven," said 77-year old Theano Tsikoulou.

"Fires were burning everywhere, my husband and I were going and putting them out so that our house would not be burnt," she said.

Threat to US democracy imperils democracy the world over

Data suggests pandemic won’t subside any further at this stage

Robbers flee with cash after blowing up Maroussi ATMs