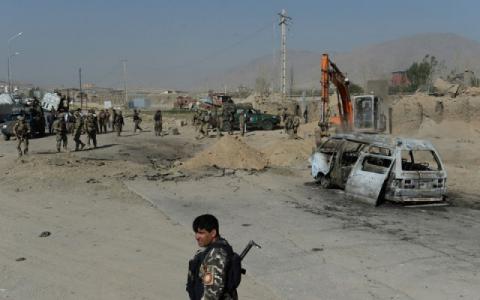 Shahiq said the bus was on its way from Herat province toward the capital, Kabul, when it hit the roadside bomb.

No group immediately claimed responsibility for the bombing but the Taliban have a strong presence in the province, especially in Bala Buluk where they often plant roadside bombs to target government officials or Afghan security forces.

Such attacks often end up inflicting significant casualties among civilians.

The latest report by the United Nations says the number of civilians killed in Afghanistan in the first half of this year increased by 1 percent, compared to the same period last year. The U.N. mission in Afghanistan said the number — 1,692 killed by violence — is the highest 6-month death toll since the systematic documentation of civilian casualties started in 2009.

Since the United States and NATO formally concluded their combat mission at the end of 2014, a resurgent Taliban have stepped up attacks across the country and an Islamic State affiliate has also emerged, staging high-profile attacks that have claimed scores of civilian lives.

In May, more than 300 Taliban launched a multi-pronged attack on the city of Farah, the provincial capital, before they were...