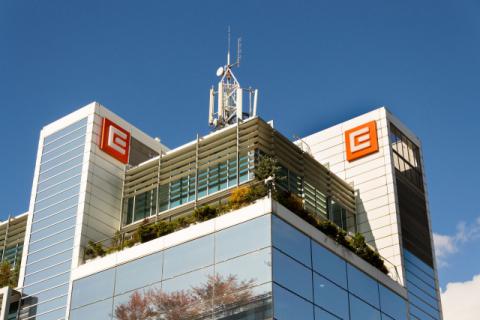 SOFIA (Reuters) - Bulgaria's solar energy producer Inercom has launched a court challenge against an anti-monopoly regulator's ruling to block its acquisition of the Bulgarian assets of Czech utility CEZ (CEZP.PR), the company said on Monday.

Earlier this month Bulgaria's Commission for Protection of Competition said the deal could help Inercom establish a dominant position in Bulgaria, affecting competition, as the company already has several photovoltaic (PV) projects in southern Bulgaria.

"We became acquainted with the document and analysed in detail the motives for the negative decision of the anti-monopoly authority," Milena Stoeva, chairman of Inercom's Board of Directors, said in a statement "We expect fast and fair decision by the Supreme Administrative Court."

In February CEZ signed a contract to sell a power distributor that provides electricity to over three million Bulgarians, together with other assets in the Black Sea state, to Inercom for an estimated 320 million euros ($373.82 million).

The deal, however, prompted concerns that strategic energy assets in the European Union country were passing into the hands of owners about which little was known, and also raised worries about financing for the deal.

With assets worth around 100 million levs (45.57 million pounds), little-known Inercom would have acquired a business with annual turnover of about 1.8 billion levs ($1.08 billion) which operates one third of the Balkan country's power grid.