Macedonia's name deal referendum: "Do you want EU and NATO?" 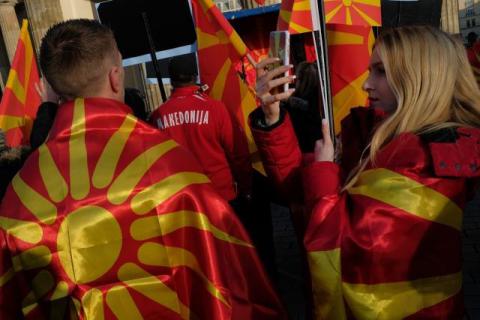 The Macedonian Assembly on Monday set September 30 as the date for a referendum on the country's aspirations toward EU and NATO membership.

The referendum also concerns confirming an agreement reached between Skopje and Athens to rename the former Yugoslav Republic into "the Republic of North Macedonia."

68 members of Macedonia's 120-seat Assembly voted in favor of the referendum question, which reads as follows: "Are you in favor of NATO and EU membership, and accepting the name agreement between the republic of Macedonia and Greece?"

The opposition VMRO-DPMNE party did not attend the session.