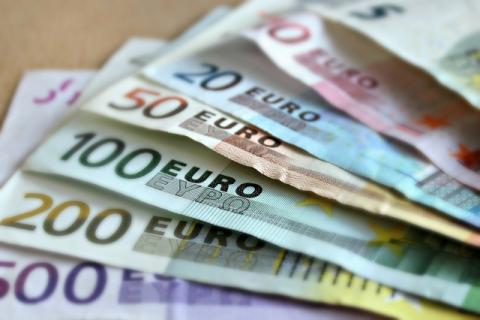 The eurozone's economy slowed further in the three months through June, as exports sputtered and business confidence weakened on worries over future relations with the currency area's largest trading partners.

The loss of momentum in 2018 contrasts with the U.S., where growth accelerated during the second quarter. The U.S. growth differential was the widest since the second half of 2014, the two economies having expanded at roughly the same pace since then.

If sustained, that divergence could widen the gap between the interest rates set by the Federal Reserve and the European Central Bank, while stalling progress in dealing with legacies from the eurozone's debt crisis, including very high rates of youth unemployment in its southern members.

The European Union's statistics agency Tuesday said the combined gross domestic product of the 19 countries that use the euro -- the broadest measure of the goods and services they produce -- increased at an annualized rate of 1.4% in the second quarter, down from 1.5% in the first. That was its slowest expansion in three years. In the U.S., growth was 4.1%.

The eurozone economy entered 2018 on a high, having racked up its most rapid expansion in a decade during 2017. However, growth slowed sharply in the first three months of this year, a setback policy makers and many economists attributed to unusually cold weather and a series of labor strikes in Germany and France. The failure of the economy to rebound in the second indicates that other forces are at work.

"It seems like excuses are running out," said Bert Colijn, an economist at ING Bank. "Factors with a longer shelf life seem to have brought eurozone GDP growth down to a lower cruising speed for the moment."