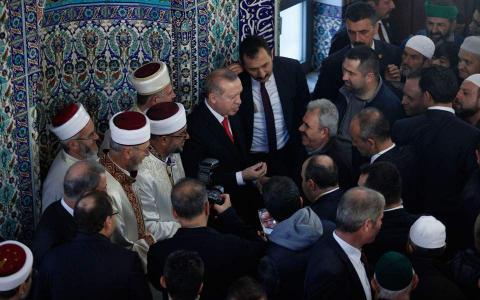 The government has submitted legislation to Parliament that will oblige the early retirement of two government-appointed muftis in the Greek border region of Western Thrace.

The move, which is partly a consequence of the government's move in January to limit the powers of Sharia law and partly a response to pressure from Ankara for more autonomy for the Muslim minority in Thrace, will mean the muftis of Komotini and Xanthi, aged 81 and 78 respectively, will have to leave their posts within two months.

The muftis - legal experts who are empowered to give rulings on religious matters - will be replaced by temporary "observers" to be appointed by the state for up to three years.

Turkey has in the past insisted that muftis should be elected from within their communities in Western Thrace and not appointed by the Greek state.