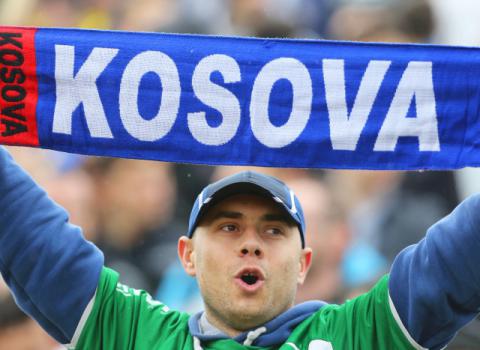 Kosovo's national team is eyeing ways to recruit fresh talent as it readies to start playing competitive matches in the newly established UEFA League of Nations in September.

Placed in Group 3 of League D, Kosovo will play against Malta, Faroe Islands and Azerbaijan.

The top team in Group 3 will be promoted to a higher league, playing against more difficult opponents.

While most members of the national team are players of Kosovo origin but born in Western countries, Eroll Salihu, Secretary General of the Kosovo Football Federation, FFK, told BIRN that he now expects draw more players from top European clubs.

Last week, Bayern Munich's Meritan Shabani grabbed the headlines in the Kosovo media when he scored in a friendly match against English champions Manchester City.

FFK is negotiating with below mentioned players, and they are hoping for a positive response so they can all feature in our National Squad in upcoming season. ??

Salihu gave no specific details about the talks he is holding, but admitted that the FFK was in contact with players who are involved in well-known European clubs.

"We have a clear strategy on how to approach them and are working on it," he said.

"We are in contact with players but also with their parents who can play a big role in convincing them to play for Kosovo," Salihu added.

Along with Gibraltar, Kosovo is the youngest national team in Europe, admitted to the global football federation FIFA and to Europe's UEFA only two years ago.