"Everyone was against partitioning Kosovo; then came Trump" 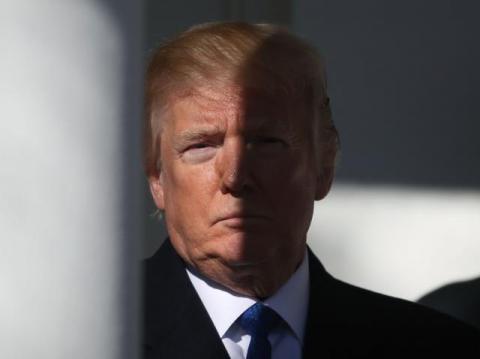 According to an article published on the BuzzFeed website - "Serbia and Kosovo are talking about redrawing their borders."

Major European capitals are opposed and the US used to be too - but things have changed under Trump, the article says.

"European officials are concerned the Trump administration's hands-off approach to diplomacy could risk destabilizing a tinderbox region in Southeast Europe," it continues.

"Europe's major capitals - and until recently, Washington - have long opposed any proposal that toys with borders in the Western Balkans, fearing that such moves would disrupt the region's delicate balance. But, under President Donald Trump, the US appears to have adopted a more ambivalent approach," BuzzFeed said.

Citing two diplomatic sources, the article says that according to one plan "unofficially supported by Serbia," the northern, mostly Serb-populated part of Kosovo would be given to Serbia's southern province in exchange for land in the southern part of central Serbia that has an ethnic Albanian population.

BuzzFeed then quotes a French diplomat who wished to remain anonymous as saying that "the very idea of discussing borders is destabilizing."

"Borders are explosive. You just don't know what happens when you touch borders," said the diplomat.

Meanwhile Germany is "vehemently opposed to the land swap idea," according to the article.