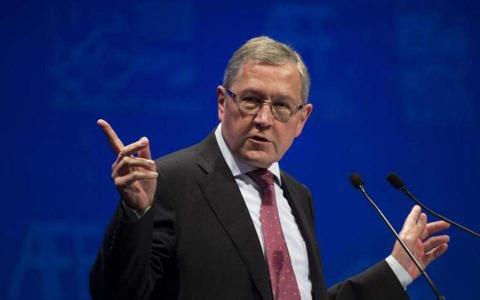 Greece will be monitored more closely by the European Stability Mechanism (ESM) and the other institutions after its bailout ends six days from now compared to other countries that emerged from rescue programs, according to ESM chief Klaus Regling.

In an interview with Spiegel Online, Regling said the eurozone crisis is now long over and that the end of the ESM program for Greece on August 21 is "the epilogue." But, he said, "Athens will remain closely linked to the ESM," adding that with 204 billion euros in rescue loans, "we are Greece's biggest creditor."

"Given our long maturities and low interest rates, Greece saves around 12 billion euros in debt servicing costs on its budget every year," he said.

His comments confirmed that Greece's situation is different to that of countries like Portugal, which the government is so fond of comparing to Greece.
...