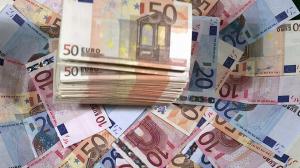 The new government first plans to review the 2019 budget and amend it in line with the commitments enshrined in the coalition agreement.

Sustainable public finances are in line with the growth and stability pact and the respect of the fiscal rule is enshrined in the Constitution, Sašo Polanec of the Ljubljana Economics Faculty commented on this for the STA.

Any deviation from these two rules would be risky, he said. Borrowing costs could go up quickly, especially in the coming years when the European Central Bank will raise interest rates and scale back bond purchases, he explained.

His colleague Marko Jaklič said that the budget must envisage surpluses in the periods of relatively high economic growth to allow for borrowing during crises. This is why the fiscal rule must be obeyed, he believes.

The coalition parties also plan to speed up the drawing of...