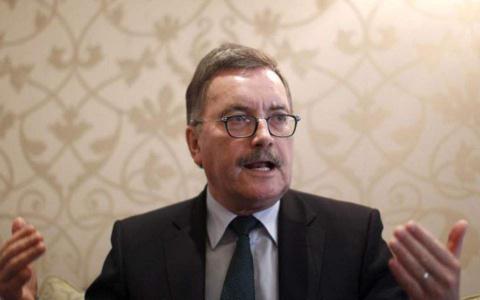 Greece should have been given a debt haircut in 2010, not two years later, the former chief economist of the European Central Bank has said.

In an interview with German public radio Deutschlandfunk, Jürgen Stark, who resigned from the bank in early 2012, also criticized the ECB's approach in general to the euro crisis.

He said he was skeptical whether Greece will remain on course in the coming decades without any problems.

Of primary concern for European public opinion is whether Greece can repay the massive loans it has been given. "This is what the lenders hope for," the German economist said.

"Each side - the lenders, that means the European taxpayer, and heavily indebted Greece - sees things differently. However, as it now looks, Greece will repay its debts with interest by 2060, with a break in the meantime. It won't repay any debt until 2032, when the...