What too Much Alcohol can do to your Health 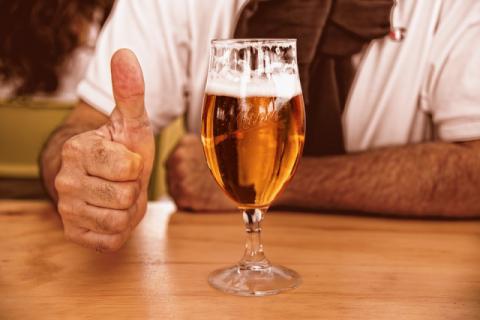 Worldwide, each person 15 years and older consumes 13.5 grams of pure alcohol per day, according to the World Health Organization. Considering that nearly half of the world doesn't drink at all, that leaves the other half drinking up their share.

While the majority of the world drinks liquor, Americans prefer beer. The Beverage Marketing Corp. tracks these things: In 2017, Americans guzzled about 27 gallons of beer (or 216 pints), 2.6 gallons of wine and 2.2 gallons of spirits per drinking-age adult.

But Americans are lightweights in any worldwide drinking game, based on numbers from the World Health Organization. The Eastern European countries of Lithuania, Belarus, Czechia (the Czech Republic), Croatia and Bulgaria drink us under the table.

In fact, measuring liters drunk by anyone over 15, the US ranks 36th in the category of most sloshed nation; Austria comes in sixth; France is ninth (more wine) and Ireland 15th (yes, they drink more beer), while the UK ranks 18th.

Who drinks the least in the world? The Arab nations of the Middle East.

With all this boozing going on, just what damage does alcohol do to your health? Let's explore what science says are the downsides of having a tipple or two.

Even if you aren't watching your waistline, you might be shocked at the number of empty calories you can easily consume during happy hour.

Calories are typically defined by a "standard" drink. In the US, that's about 0.6 fluid ounces or 14 grams of pure alcohol, which differs depending on the type of adult beverage you consume.