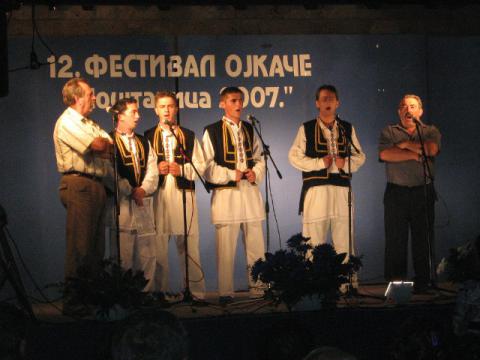 Croatia's Serbian National Council, SNV, and the Serbian cultural association "Prosvjeta" - joint organisers of the Ojkaca Singing Festival in the town of Petrinja, due on August 25, have written on Wednesday to UNESCO's Cultural Heritage Protection Committee, accusing Croatian veteran organisations of trying to prevent the event.

The organisers claim that some performers have already cancelled their participation at the festival of traditional singing, which the Republic of Croatia itself asked UNESCO to include on its list of protected intangible cultural goods.

"The letter was sent because the relevant institutions did nothing to stop discriminatory, segregating and threatening activity to the festival performers, despite their [the SNV's and Prosvjeta's] public call for a calming of tensions, restoring tolerance and respecting the common cultural heritage of Croats and Serbs," the letter signed by Mile Radovic, president of "Prosvjeta", and Milorad Pupovac, president of the SNV, wrote.

Members of the so-called Homeland War veterans' association in Petrinja held a press conference on August 14 where they said they were against the festival taking place in their town, especially on that day.

Veterans from Petrinja - which Croatian Serb forces occupied and ethically cleansed in the early 1990s, sought the removal of the festival location to nearby Serbian villages.

The president of the veterans's group, Darko Dumbovic, even offered the use of veterans to ensure the festival's safety at an alternative location.

They are also annoyed by the date of the festival, which coincides with the unveiling of a plaque to former Croatian President and independence leader Franjo Tudjman, honouring his visit in 1991 to Petrinja.