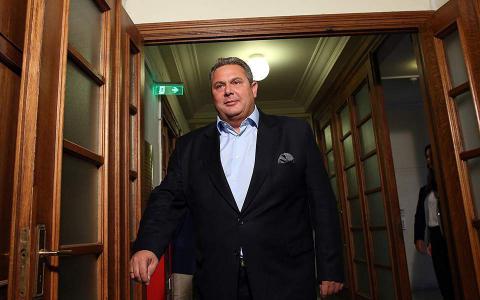 The Ministry of Defense will submit an amendment in the coming days transferring rights of use over an area of about 5.1 acres near Thessaloniki to the local soccer club, PAOK FC, to built a new soccer stadium, Minister Panos Kammenos said on Monday.

The land, which belongs to the National Defense Fund will be granted as a concession for a period of 100 years.

Kammenos said the Ministry of Macedonia and Thrace will coordinate the ministries involved in the next steps of the project.

"Today is a new day for Toumba, for PAOK, for Thessaloniki, but also for all of Greece," Kammenos said during a visit at the current PAOK soccer field in Toumba, where he met with representatives of the club's management.

The comments came after Prime Minister Alexis Tsipras announced during a...