California Commits to 100% Clean Electricity by 2045 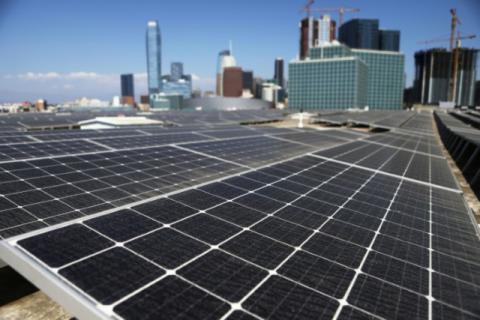 At least 20 countries and twice as many large cities have made similar pledges, but California -- the fifth largest economy in the world -- is by far the biggest jurisdiction to do so to date.

"This bill and the executive order put California on a path to meet the goals of Paris and beyond," Brown said at a signing ceremony in state capital Sacramento.

On the international stage, California has emerged as a leader on climate action as US President Donald Trump has opted out of the landmark 2015 Paris climate treaty and moved aggressively to dismantle the policies of his predecessor, Barack Obama.

"California, as a very prosperous economy, is taking aggressive action on climate change," Brown told AFP by phone when asked if the new measure will inspire others.

"So I hope it gets France and Germany to up their own ambition, because we all have to do more than we are currently doing."

Among the co-chairs is China's former chief climate negotiator, Xie Zhenhua, reflecting the strong ties that California has forged with the world's largest carbon polluter -- at the national and provincial level -- around climate action.

"It's impossible to overstate...