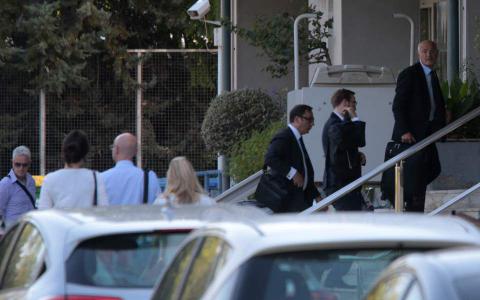 The European Commission on Friday denied a report in the state-run Athens-Macedonian News Agency (ANA-MPA) that claimed Greece's lenders had agreed to the non-implementation of pension cuts slated for January as they believe the country's social security system has become viable.

The agency, whose report was initially backed by government spokesman Dimitris Tzanakopoulos, also claimed that the institutions had informed opposition parties about their decision. But a government source told Kathimerini that the report was not true.

The EC was quick to refute the report with a statement urging Greece to deliver on the promises it has made to its international lenders under the bailout program.

"Our position is crystal-clear: Pacta sunt servanda. This is the only position you need to look at," Commission spokesman Alexander Winterstein told a news briefing, using a...