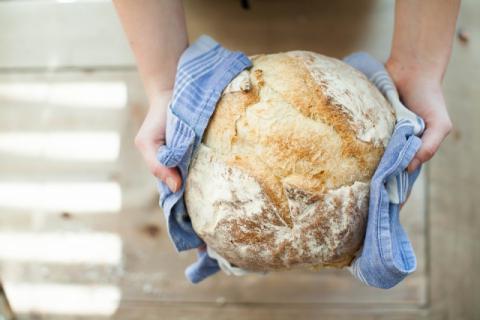 Stara Zagora. There are good reasons to expect a rise in bread price, Minister of Agriculture, Food and Forestry Rumen Porodzanov told reporters, Focus News Agency reports. "The price of bread is a really sensitive issue. At the moment the price of wheat has reached [high] levels, close to BGN 350 per kilogram, given that the campaign started at about BGN 250-295. This is an increase of nearly 20% […], there are real chances that bread might increase its price," the minister said, noting that the increased price of natural gas and electricity also will influence the price of bread. In recent years the consumption of bread in Bulgaria has dropped from 109 kg per capita to about 80 kg per capita, he commented.
"I have been negotiating with the supermarket chains. I will propose to the prime minister that he also meets with them precisely on bread prices. I hope there is no increase," he concluded.