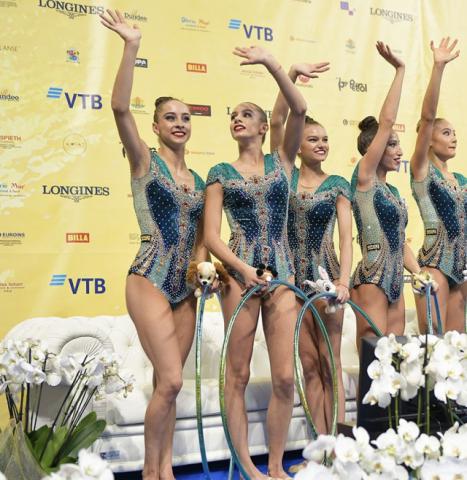 Hosts Bulgaria and Italy ended Russia's dominance of the Rhythmic Gymnastics World Championships as the event concluded in Sofia today.

Bulgaria clinched the five hoops title, while Italy were the victors in the three balls and two ropes competition at the Arena Armeec.

Russia had only a solitary silver medal to celebrate on the final day following gold medals in the first seven events in the Bulgarian capital.

Elena Bineva, Simona Dyankova, Stefani Kiryakova, Madlen Radukanova and Laura Traets delivered gold for the host nation as they bounced back from all-around disappointment yesterday to top the five hoops podium with a total of 23.300 points.

Their score was enough to beat Japan, who took silver on 22.800, while bronze was claimed by defending champions Italy on 22.550.

"All these feelings are absolutely amazing, and now we are world champions."

International Olympic Committee President Thomas Bach was among the officials to have attended the Championships in Sofia.