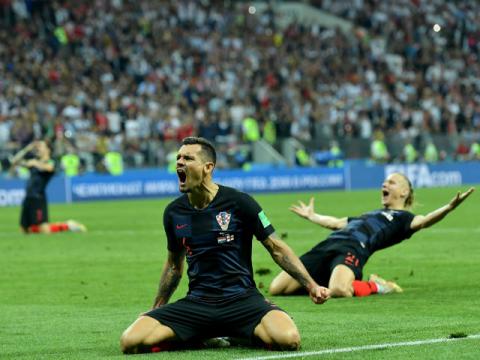 The Croatian State Attorney's Office in Osijek, eastern Croatia, on Wednesday filed an indictment against Dejan Lovren, a Croatian football player and Liverpool defender, for giving a false statement during the corruption trial of Zdravko Mamic, the former chief of the Dinamo Zagreb club, and three co-defendants, on September 1, 2017.

The Liverpool defender is charged with lying about signing documents relating to his 2010 transfer from Dinamo Zagreb to Lyon in France.

After news broke about the indictment, Lovren wrote on his Instagram profile that he only learned of the indictment after his training and defended his innocence.

FIFA is exploring the possible resale of World Championships tickets, allegedly traded by officials of the HNS, the Croatian Football Federation, the Croatian website Telegram has confirmed.

The regional television network, N1, announced on Wednesday that DORH, the Croatian State Attorney, has ordered the Zagreb police to investigate the alleged sale of tickets for the final match of the World Championship in Russia between Croatia and France that the HNS received from FIFA. Those tickets were not for public sale but for "purchase by members of the football family, primarily to current team members and staff members".

Meanwhile, Drago Cosic, one of the most famous Croatian sports TV commentators, was fired recently. He allegedly participated in reselling World Cup tickets that HRT, Croatian public television, got from the European Broadcasting Union on the black market. His lawyer has denied his client's guilt.

"I want to say this to all, especially to my family, friends, supporters in my homeland, my club...