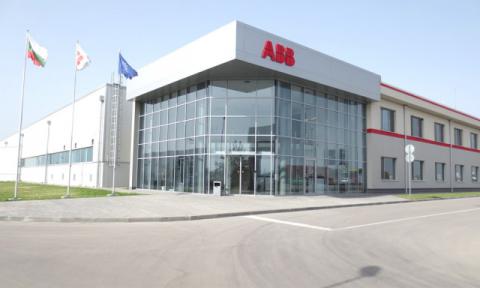 The company's new factory is the second greenfield investment of ABB Group in Petrich area and company's fifth factory in Bulgaria.The new 7'400 square metres factory will manufacture low-voltage products for ABB and will create an additional 420 jobs when fully operational, a press release reads. The factory represents a USD 4.2 million greenfield investment and will be constructed next to the first production unit of ABB in Petrich.

"As a former manager of the first production unit, it's a very special moment for me to see how ABB is continuing to expand in Petrich. We have undertaken some really good work over the years and hired a lot of qualified people who proved to ABB Group that Petrich has the potential to develop even further." said Marcel van der Hoek, Country Managing Director of ABB Bulgaria, in the release.

"The decision to have another investment in the area of Petrich came after the high-performance of the first factory in the city. The local team works with a great proficiency to achieve the designated goals on time and in a sustainable way." said Frank Wentzler, Local Product Group manager for EPBP in ABB Switzerland.

ABB's first production unit in Petrich was built in 1996 on a total area of 5'000 square metres The Petrich branch produces low-voltage control products and DIN rail mounted products. Customers of the factory are ABB companies from Germany and Switzerland.