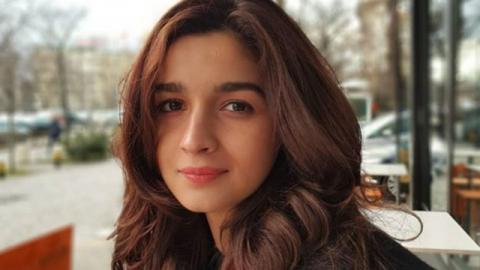 Ever since the news broke of Ayan Mukherji bringing Ranbir Kapoor and Alia Bhatt together on screen, there has been a lot of excitement surrounding the film titled 'Brahmastra'. Now having wrapped up it's shooting schedule in Bulgaria, it's Bhatt who seems to have become attached to the country.

"I spent four-five months in Sofia this year, where we were shooting Brahmastra. I felt emotional while leaving Bulgaria. It'd have been difficult to get the kind of shots we did there in that time span," Mumbai Mirror reports the actress stating.

Having only come back home, Bhatt has no time to rest, it seems. With her getting stuck into her next shooting schedule for Abhishek Varman's 'Kalank', she also has decided to sell some of her wardrobe through an online site as a part of 'Dhan Ustav week' which is from 2nd-8th October, where many other celebrities are said to be getting involved in.

Sharing the screen space with the likes of Amitabh Bachchan, Madhuri Dixit Nene and Sanjay Dutt in 'Kalank', Bhatt went on to express, "Every time I am in a room with Mr Bachchan, Madhuri maám or Sanju, I feel grateful. I've shot a lot with Madhuri ma'am and had to pinch myself to believe it."

Nearly 1 Million People without an Increase in Pensions in Bulgaria

Yellow Code for High Temperatures in Some Regions of Bulgaria

Seven New Areas without Cases of COVID-19 in Bulgaria
Citu: Eurostat confirms cheapest food in the EU is in Romania