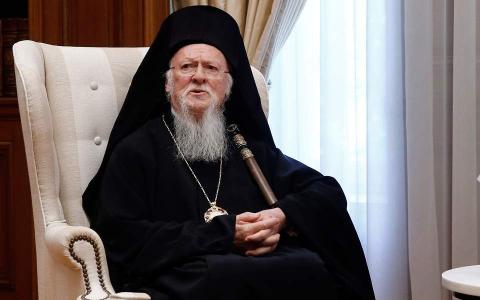 Ecumenical Patriarch Vartholomaios made it clear on Sunday that he would not change his stance as regards supporting autocephaly for the Orthodox Church of Ukraine, stressing that the Istanbul-based seat of the patriarchate will neither issue threats nor respond to them.

During a speech at the Aghia Foka church, welcoming a Czech theologist, Vartholomaios referred to the Czech and Slovak churches, the youngest autocephalous churches to fall under the umbrella of the ecumenical patriarchate.

"Now it is the turn of Ukraine to receive the status of autocephaly in due course, I hope, despite the existing reactions and this will happen because it is [the church's] right," the patriarch said, apparently referring to the objections of the Russian Orthodox Church.

He added that it was also the right of the ecumenical patriarchate to grant autocephaly as it has done to a...

672,300 People have Acquired Citizenship in One of the 27 EU Member States
AGERPRES, at 131 years since establishment: Congratulations messages from partner news agencies