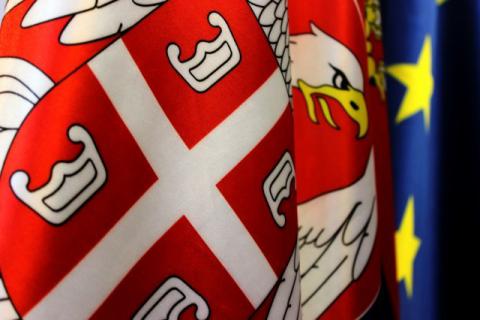 Three new chapters in Serbia's EU membership talks could be opened at the end of this year, Belgrade daily Vecernje Novosti writes on Monday.

According to the newspaper, as the EU is currently chaired by Austria, which has the Western Balkans as one of its priorities, the country's representatives "will try to do everything in order for Serbia to make a significant step in Euro-integration."

The last time Serbia opened two negotiating chapters was in June in Luxembourg, bringing the number to 14 out of 35, of which two have been closed.

The newspaper recalls that Serbia was at the time ready to open three more chapters, but that, for political reasons, some member states did not allow the country to move closer to the EU faster.

In the drawers of the Brussels administration are now these chapters: financial services (9), economic and monetary policy (17) and statistics (18).

"We are progressing slowly, we have regular discussions about Serbia at the meetings of the working group for enlargement, and some countries still feel that there shouldn't be too much rush," a high-ranking source from the European Council has told Vecernje Novosti.

The interlocutor added that it would be too early to expect the opening of new chapters in October, and that the real deadline is the end of the year.

Serbia plans to prepare another area - the chapter on consumer and health protection. In the meantime, Chapter 3, on right of establishment and freedom to provide services, has also been included in the discussion.

Representatives of EU member states are currently determining whether Serbia has met the criteria to open this chapter.