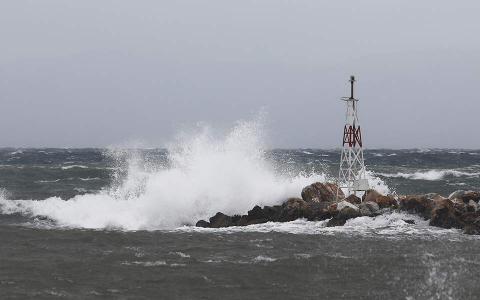 Coast guard officers in the Ionian Sea on Saturday rescued a foreign national whose yacht broke down in the middle of a powerful storm that is bashing southern and eastern Greece.

The yacht suffered engine failure and its main mast was smashed some 40 nautical miles off the coast of Cephalonia when the captain, who has not been identified, issued an SOS.

He was safely removed from the troubled vessel, which continues to sail unmanned.

In a related development, authorities in Attica shut down the section of the old national highway linking Elefsina to Thiva amid fears that strong rains may cause the kind of flooding in west Attica that resulted in the death of 23 people last November.

Motorists in all areas affected by the freak weather, which is being caused by a tropical-like storm - stretching from the southern Peloponnese to the eastern mainland and the...