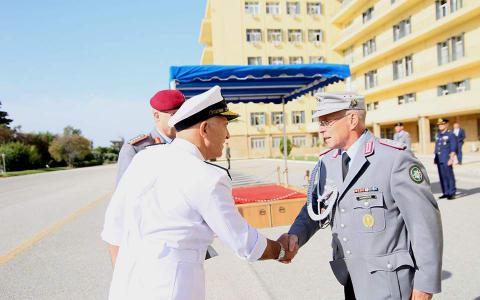 A ceremony took place at the Papagou military camp in Athens on Friday to welcome the inspector general of the German Armed Forces, Eberhard Zorn, who was on an official visit to Greece.

Zorn was received by the chief of the Hellenic National Defense General Staff (GEETHA), Admiral Evangelos Apostolakis, and the two men discussed security and further military cooperation between the two countries within a bilateral and transatlantic level framework.

The meeting between the two military chiefs also included references to the contributions made by NATO and the European Union to stem the flow of migrants across the Aegean and Mediterranean seas.