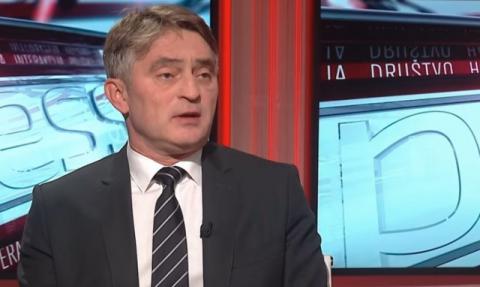 The newly-elected Croat member of the Presidency of Bosnia-Herzegovina has announced a lawsuit against Croatia over the construction of the Peljesac Bridge.

In an interview with Croatia's public broadcaster HRT, Zeljko Komsic said, a day after he was elected, that"Croatia had "twice broken a convention on the law of the sea."

"Why is that being bound to the Peljesac Bridge? Because you are using it as a trump card, you will not determine the border at sea, you will not even comply with the Tudjman-(Allija) Izetbegovic agreement on the sea border. Because, if you respected this agreement, you would know over which sea this Peljesac bridge must span - over Bosnia-Herzegovina's sea."