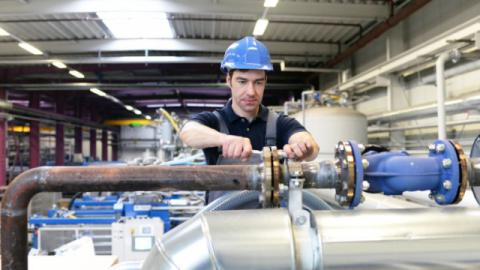 Hundreds of thousands of new jobs in Germany will be filled with workers from Eastern Europe. Employment in July in the country was 700,000 units higher than in the previous year. This shows official data from the German government quoted by Deutsche Welle.

"Every second job created in Germany is occupied by a foreigner," the Federal Employment Agency said. On all 700,000 jobs in July, 330,000 were appointed Germans, and 370,000 were foreign nationals, according to data.

At present, around 1.5 million registered workers are from Eastern Europe, including 422,000 Poles and 349,000 Romanians. On the other hand, only 614,000 came from Greece, Italy, Portugal and Spain, the calculations show.

The hired refugees are only 327,000 people. The aging population is one of the major labor market problems in Europe and Germany is no exception in this respect. This may explain the fact that Europe's largest economy has managed to attract so many foreigners to work. "Without the free movement of workers in Europe, we would be much more difficult to fill vacancies," German Labor Minister Hubertus Heil said to Deutsche Welle.